One of Australia’s premier cool climate wine regions, the Yarra Valley encompasses such diverse topography that it can produce premium quality fruit in a range of grape varieties.

With its stunning hills and dales ranged before a backdrop of blue mountains (the lower reaches of the Great Dividing Range that stretches up Australia’s eastern seaboard), elevations vary greatly. Although they are not recognised as sub-regions, there are two distinct zones – the valley floor, with soils of sandy clay loam interspersed with broken sandstone; and the Upper Yarra Valley, which is more elevated and cooler and has areas of bright red volcanic loam.

The climate is Mediterranean with a maritime influence from Port Phillip, but the greater Melbourne area is renowned for its fickle weather and residents learn to expect “four seasons in one day” year round. 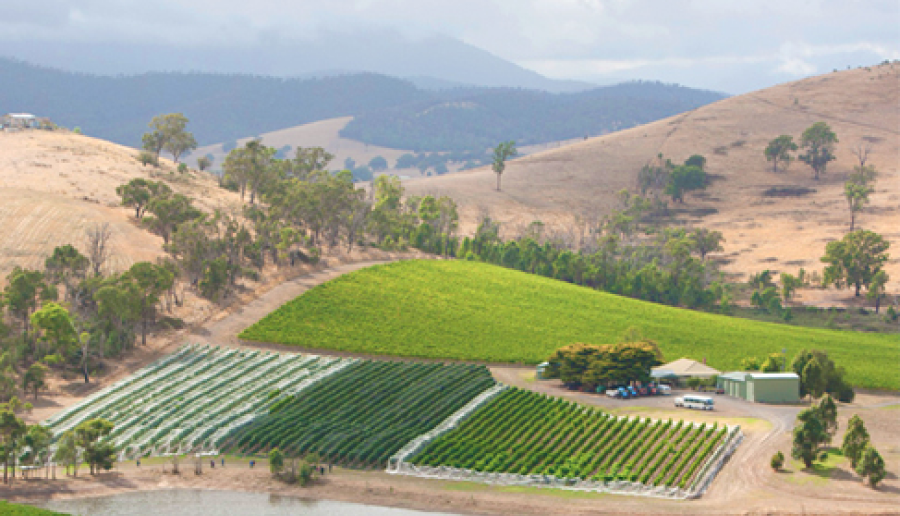 Potential hazards for the vigneron include frost and heavy rains in spring, fungal diseases, drought and heat waves. Parts of the Yarra Valley were impacted by the catastrophic Black Saturday bushfires of 2009.

Vines were first planted in the Yarra Valley in 1838 and its wines achieved international acclaim through the mid-1800s. Due to a range of economic and agricultural factors, viticulture increasingly fell out of favour and virtually ceased in the 1920s until its resurgence from the late 1960s.

Just an hour’s drive from Melbourne, the state capital and Australia’s second-largest city, the Yarra Valley is a mecca for day and weekend tourists and supports a thriving agricultural and boutique food sector. 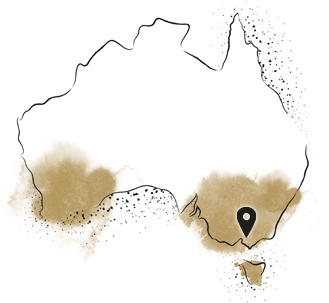