Veneto is a wine region in north-eastern Italy, one of a group of three highly productive regions known collectively as the Tre Venezie (after the Venetian Republic). They are Friuli Venezia-Giulia, Alto Adige and Trentino, and Veneto. Veneto is the biggest Denominazione di Origine Controllata (DOC) producer of the three.

The region is protected from the harsh northern European climate by the Alps, the foothills of which form Veneto's northern extreme. These cooler climates are well-suited to white varieties such as Glera, an indigenous variety that is the main grape in Prosecco (up to 15% can be other approved varieties). White wine accounts for just more than half the wine produced in Veneto.

The best Prosecco vineyards are in the eastern part of the Veneto region, close to the Venice Lagoon between the hills of Treviso, the plain of Piave river and the Adriatic coast.

Italy’s leading wine school and viticultural institute are based here in Conegliano and the nation's most important wine fair, Vinitaly, takes place each spring in Verona, Venice.

Among the most popular tourist destinations in the world, the unique canal city of Venice was the epicentre of international politics and commerce for hundreds of years. The area is renowned for its cultural, historical and gastronomic gifts. 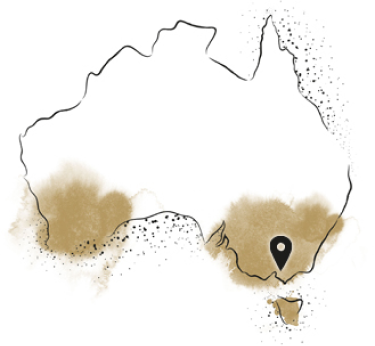