The Barossa Valley has a rich and jealously-guarded history to rival some old world wine regions and many of the world's oldest Shiraz and Grenache vines are still producing fine fruit in the Barossa. They are recorded in an Old Vine Charter, one of many institutions established to honour, protect and share the accumulated expertise and experience of the region's vignerons. Vines were first planted in 1842 by German-speaking immigrants and many of the original families are still making wine today. There remains a strong Germanic influence in business and culture.

The climate is Mediterranean, with hot, dry summers. There is a proud tradition of hardy, dry-grown vineyards, but irrigation is now widely used to insure against drought and protect fruit quality. Nevertheless, water usage is by necessity frugal. Winters are cold and frosts can be severe. There are different soils, all low in nutrients; the distinctive crumbly red-brown Barossa dirt is widespread.

Thanks to stringent quarantine, the Barossa Valley remains free of the phylloxera louse.

Bold Shiraz wines are the signature of the Barossa but increasingly there are more nuanced styles. Among more than 13,000 hectares under vine there is also Grenache, Cabernet Sauvignon, Mataro (Mourvèdre), Chardonnay and Semillon.

The Barossa Valley is renowned for its artisanal food producers and, just a short drive north of Adelaide, the state capital, it is a popular tourist destination. 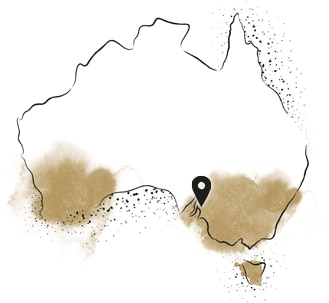