Cooler, hillier and prettier than its heavy-weight neighbour, Barossa Valley, the Eden Valley has been described as ‘Barossa’s Garden of Eden’. It shares the area’s rich vinous history and has some of the oldest Riesling vines in the world.

Part of the wider Barossa wine zone, the hills of the Eden Valley were first planted in 1847. Thanks to the German heritage of the first vignerons, Riesling was the white grape of choice, a selection now vindicated as a unique and internationally-recognised wine style. Many vineyards and wineries are still tended by descendants of these astute immigrants.

This is a premier cool climate wine region and while perhaps best known for Riesling, Shiraz is more widely planted and some exceedingly fine examples are produced. Vineyards are planted at altitudes up to 500m, where the nights are cool, even on the hottest summer days. Red varieties in the Eden Valley can ripen up to four weeks later than those in the Barossa Valley, promoting wonderful aromatics, elegance, complexity and finesse. Harvesting in cool temperatures means the grapes arrive at the winery in tip top condition.

Eden Riesling wines are noted for their floral character and a steely note sometimes described as ‘mineral’. With their penetrating acidity, they can be very long-lived, developing toasty flavours with age.

An easy 90-minute drive from Adelaide, the Eden Valley is a ruggedly beautiful region with vineyards scattered across rolling hills sharing the terrain with grazing land, rocky outcrops and stands of ancient gums. 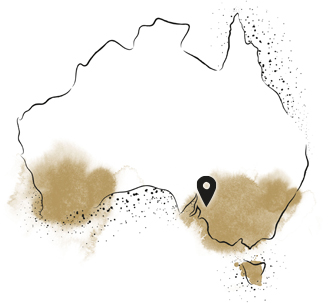